The world's greatest safe sex brand is also at EroticFeel. Durex is an excellent choice if you want to buy condoms, lube or gels. With a history that stretches back over 100 years, Durex guarantees only the very highest standards of quality for all of their products. They have always been great innovators in the industry, and we owe the development of the first lubricated, flavoured and latex-free condoms to their pioneering spirit. 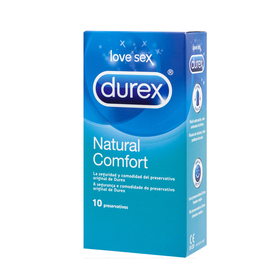 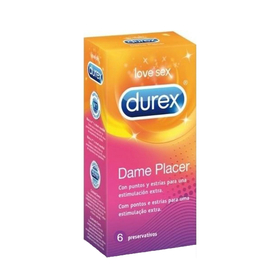 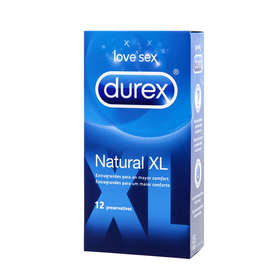 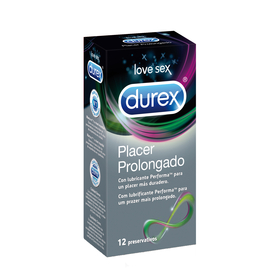 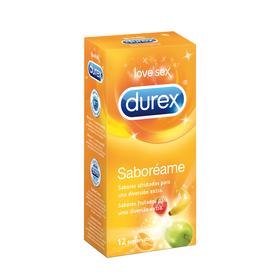 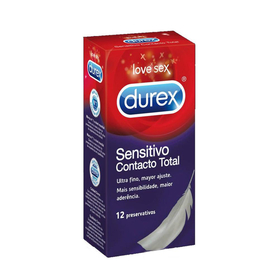 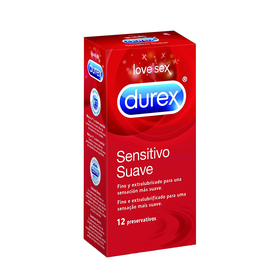 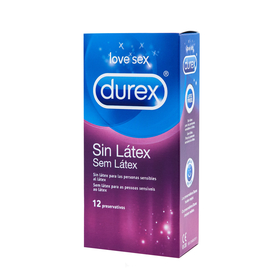 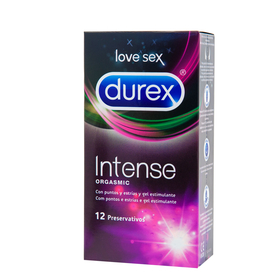 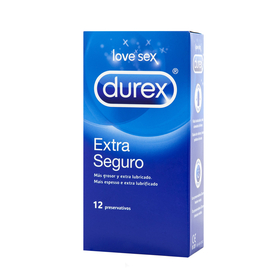 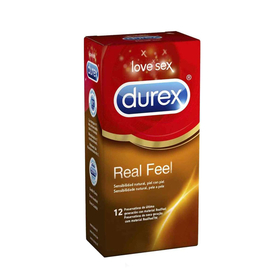 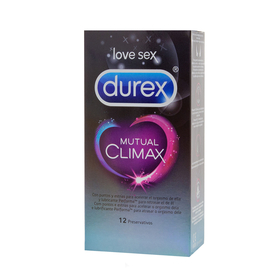 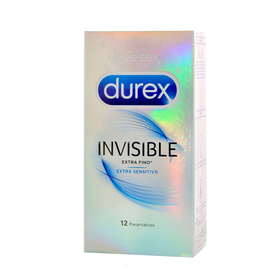 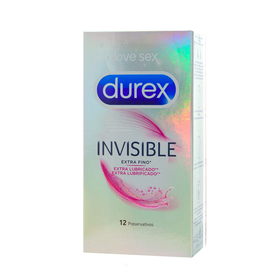 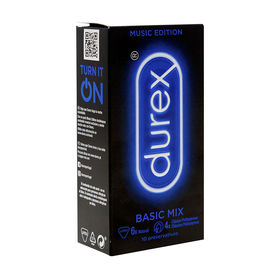 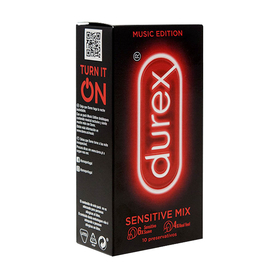 Think of a condom brand. Which one comes into your head first? Durex, obviously. Durex stands for ‘Durability, Reliability, Excellence' and this famous brand name has become a byword for top-quality condoms all over the world. Created in 1929 by the London Rubber Company by LA Jackson, Durex has been the world's number condom brand for decades. However, it has much more humble origins and has flourished through a combination of perseverance, hard work and innovation — values which continue to define the company to this very day. The London Rubber Company was no more than a small room behind a tobacco shop when it was founded in 1915. Lionel Alfred Jackson, an astute salesman who specialised in barber shop supplies, soon recognised the potential of the prophylactics business. So, he undertook a new venture by selling imported German condoms from his address on 3 Mincing Lane — condoms that were very different from today’s high-tech products.

After registering the brand name, the London Rubber Company opened the first Durex factory in 1932, which specialised in the production of latex condoms. With the arrival of the Second World War, the company found itself in the midst of a great process of expansion. The demand for prophylactics grew and grew (above all, among soldiers on the front), and imports from Germany were definitively suspended at the beginning of the 1940s. The manufacturing process was subsequently automated and Durex condoms began to be produced more quickly and with a higher level of quality. Towards the end of the 1950s, Durex reached two important milestones: they launched the world's first ever lubricated condom and became the first company to develop and use electronic testing for their condoms.

Throughout the 1960's, the business just kept growing and the London Rubber Company opened their first Family Planning clinic in the UK. From then on, Durex condoms also became available through the British National Health Service. In 1968, Durex revealed some very good news for consumers — the launch of the first anatomically shaped condom. The brand’s growth was unstoppable — supermarkets, pubs, local shops and vending machines all over the country started selling Durex condoms. The company became the first condom brand to carry out international advertising campaigns; and in 1987, it became the first company of its kind to advertise on television.

The 1990s heralded even more success for the company. Durex became the first brand to adopt the global quality seal as standard, and also, the first condom brand to launch to have its own website. What's more, around the same time, the first pack of Durex flavoured condoms went on sale, and the the polyurethane condom (Durex Avanti) was launched for people with latex allergies. Towards the end of the decade, Durex celebrated another achievement by becoming the first condom company to carry out and publish an international survey about sexual behaviours and habits. Educating people about contraception and sexual health has always been one of their most important objectives.

The beginning of the new century coincided with the release of the ‘Easy-on’ and ‘Mutual Climax’ range of condoms — both created as a result of exhaustive studies carried out by the company. Currently, Durex hold a quarter of the world's condom market and their products can be found on all five continents. Durex continue to be best known for their condoms, but they now produce lubricants, massage gels, rings, vibrators, and even pleasure kits. The brand carries out an annual global survey with which they produce the Durex Well-being Report — a revealing insight into the sexual tastes, trends and customs of people in different countries.

So, that's more than a century of history summed up about a company that continues to combine 'Durability, reliability and excellence'. Now, which product will you go for?

The first thing you need to know is that each Durex condom has been tested electronically before being released for sale. Natural Comfort is the name of the classic, the original and the company's biggest-selling condom. It’s a natural rubber latex condom that combines safety and comfort with the quality and reliability of the Durex brand. If you're looking for something extra thin that will provide you with the intimate feeling of skin-on-skin contact, then look no further than Durex Sensitive Total Contact, Durex Sensitive Smooth, Real Feel and Durex Invisible. Real Feel is also suitable for those with latex allergies because its made of polyisoprene — a fine synthetic material that conducts heat better than latex.

Are you a stickler for safety? Durex has also thought about you. Thicker than conventional condoms and extra-lubricated for an improved feeling of comfort, Durex Extra Safe are perfect for those that won't leave anything to chance, and also — for the roughest sexual practices. Made of natural and sustainable rubber latex; they are smooth, transparent, easy to put on and comfortable thanks to their anatomical Easy-On shape. These condoms, which feature Pleasure Fit technology, will soon be your closet allies in bed.

Have you ever wondered about your size? Take out the tape measure. Some men feel like regular-sized condoms feel too tight and uncomfortable. Durex Natural XL, have been specially created to deal with this issue. XL condoms offer a better fit and more pleasurable sexual relations for bigger guys. As you can see, Durex has a suitable condom for every kind of penis.

Do you want to prolong your pleasure during your intimate encounters? Do you want to be more in-synch with your partner's rhythm and reach climax at the same time? Or do you want to avoid ejaculating too early? If you're answer is yes to any of those questions, then Durex has the right condoms for you. Durex Extended Pleasure and Durex Mutual Climax are ideal for your objective. Both contain a lubricant which has a 5% dose of benzocaine — a mild local anaesthetic that will allow you to last longer and hold off climaxing too quickly.

There are those that boast a warming effect (Durex Play Heat, Durex Play Fresh and Durex Play Real Feel); flavoured ones (strawberry and cherry); silicone-based ones; and ones that boast an extended pleasure effect (Durex Play Eternal). There are even natural gels and massage gels with natural extracts (aloe vera, ylang-ylang and guarana) — the range of Durex lube is truly immense. Choose for the moment, for your tastes, and for your needs. You can't go wrong — all products from the Durex Play range are great choices.

In recent years, Durex has launched various new and exciting products. Although the company is still best known for its condoms, now it produces adult toys such as cock rings, clitoral massagers, vibrators and vibrating bullets. You really should try them! Millions of people al over the world trust Durex — why don't you become one of them?