How to stimulate the nipples 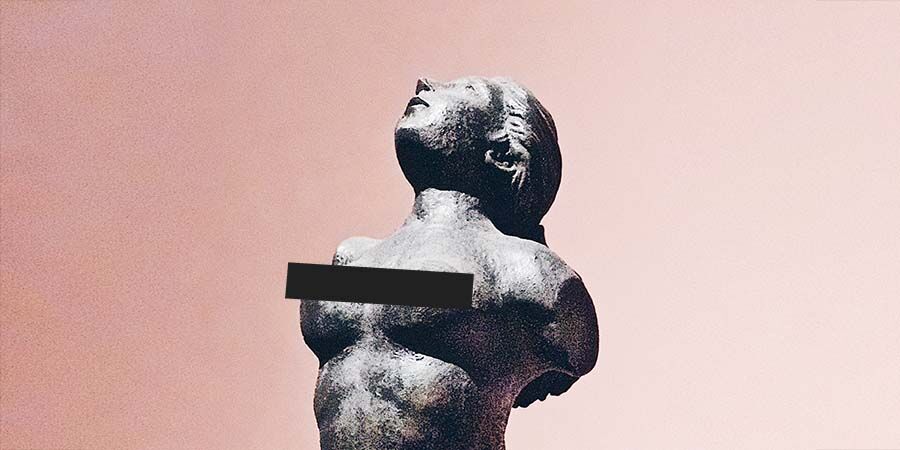 The Aphrodite of Knidus, executed in the 4th century BC by Praxiteles, covers her genitals with one hand while the other holds what looks like a towel. However, at no time does she seem to be shy about her bare nipples. Also, and until the hordes of puritans who guard public morals cover them with a bra or a fig leaf, we can contemplate the nipples of the Venus de Milo, the Little Mermaid of Copenhagen, Goya's Nude Maja or Titian's Venus of Urbino. What is this unhealthy obsession with wiping them off the map now? What about when an air conditioner blasting cold air makes a nipple stick out from under your clothes — should we feel embarrassed? It was only 20 years ago when the Rachel from ‘Friends’ was showing them off in every episode. Have we been possessed by Ned Flanders? Blessed is the nipple that far from being a shrinking violet, stands proud and tall; for his shall be the kingdom of the most intense pleasure.

Does the nipple orgasm exist? All about the ‘boobgasm’

As sexologist Valérie Tasso says, there is only one orgasm. But that doesn’t mean to say that there aren’t many different ways of achieving it. Biologically, nipples fulfil the role of enabling breastfeeding. In the case of male nipples, they are formed in the womb before testosterone kicks in, which explains their presence. They are also home to hundreds of nerve endings, making them one of the most erogenous parts of the body.

Anyone who has experimented with their body will have noticed the pleasure of caressing their breasts, areolae and nipples. Normally, devoting proper attention to them increases arousal and facilitates orgasm. But is it possible to reach orgasm by only stimulating the nipples? As it turns out, yes. According to a study by sexologists Barry R. Komisaruk and Beverly Whipple published in The Journal of Sexual Medicine, nipple stimulation activates the same areas of the brain as clitoral and vaginal stimulation. "Although most orgasms come from genital stimulation, there is evidence that sensory stimulation alone can produce orgasms," the research states.

So now you see: breasts and nipples, especially female ones, are an endless source of pleasure. And we say especially the female ones because according to other research, 59% of women enjoy nipple stimulation during sexual encounters compared to 17.1% of men.

First of all, one must bear in mind that not only do levels of breast and nipple sensitivity vary from one woman to another, but also for the same woman. This depends on factors such as the stage of her menstrual cycle or whether or not she is taking oral contraceptives. Sometimes, you can be so sensitive that the slightest touch can cause discomfort. Here, attention and communication are key.

It's best to start by gently caressing the whole breast without going directly to the nipple as if you were going to ring the doorbell! Stimulating the nipple without sufficient arousal can be painful, so don't rush it (and this advice applies to any highly sensitive erogenous zone).

Draw circles, tickle and slowly approach the areola, circling the nipple and feeling it harden before running your fingertip over it. Here the intensity may vary depending on individual tastes; during moments of heightened arousal, many women seek firmer and more vigorous stimulation. Get the blood circulating by increasing the intensity of the caresses and add other types of stimulation when the time is right (kissing, biting, use of sex toys).

Leave the biting for later and start by gently tonguing the breasts in the same pattern as with your hands, i.e. slowly approaching and circling the nipple and concentrating on the areola first. Increase the intensity little by little, and lick, suck, tease, and then yes, why not — bite (gently, please), whilst paying attention to their reactions.

Penélope Cruz’s breasts in the movie ‘Jamón Jamón’ tasted like a potato, onion and garlic omelette to Javier Bardem. But lubricants provide you with an endless range of altenative (and sweeter) flavours to enjoy. There are also a whole host of edible lubricants that will enhance the sensations of pleasure and make it easier to glide through your lover's body. Want a tip? the coconut flavoured Slow Sex Nipple Play by Bijoux Indiscrets with cooling effect gel is our favourite.

They're always a help, especially for those adventurers who want to reach higher peaks of pleasure. The only trick is to use a mix of different stimulation techniques: stroke, kiss, lick, and why not, arm yourself with the best tools so that the session ends with a spectacular orgasm.

And here we have the jewel in the crown: a small, precise and powerful toy so versatile that it can be used for almost anything. Has it never occurred to you to use that bullet vibrator that you keep in your bedside drawer to stimulate your breasts and nipples? Apply a little lubricant with your hands and gently massage it in. Start with a low intensity, make circles around the nipple without stimulating it directly. Patience. The excitement will grow. Up the intensity as their body demands it and caress the nipple with the tip of the vibrating bullet. Stop a bit. Restart the oral stimulation and caresses. Touch, hold, squeeze (without overdoing it), kiss, suck, and turn the bullet back on.

Remember that you don't reach orgasm through this type of stimulation quickly, it's not for a 'wham bam' lunch break session. It's to be enjoyed slowly — savour it. And yes, it’s worth it.