Erika Lust: "I don't want my films to depict abuse, coercion or paedophilia". 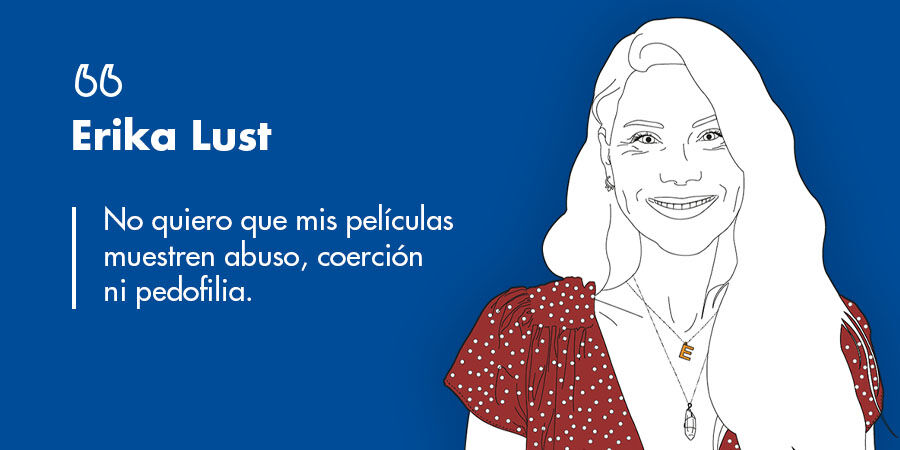 “A lot of people laughed at me saying that my idea was ridiculous, that there was no market for women.”

Now it’s time to delve into a subject that’s as tricky as it’s hotly debated. The data is out there: according to a 2019 study, pornography is so easily available that the first time the average child accesses this type of material is at the age of 8 years old. But should it be an educational tool? “I don’t think it should have that responsibility. They’re going to encounter these videos, so instead of ignoring them or banning them, let’s educate them”, she explains. Consequently, Lust and her partner have created ‘The Porn Conversation’ — a non-profit website where, with the help of experts, she offers advice and practical guidance for families and educators on how to talk to young people about pornography. "Pornography will always exist, so giving them the tools to be mindful of what they are watching is incredibly important."

Lust is proud of all her projects, but this month she is launching a very special one for XConfessions. ’Wash Me’ will be the first ever erotic film that aims to raise awareness about breast cancer and our relationship with our sexuality during and after chemotherapy". The short film, based on director Rebecca Stewart's real-life experiences, aims to provoke debate and inspire hope. You can watch it for free by registering at this link and every time it is shared on social media, one euro will be donated to immunotherapy research at the Hospital del Mar in Barcelona, where Rebecca was treated.

"Each of my films recounts a part of my own personal journey into the world of human sexuality". Our advice? Dare to experience eroticism the way Erika Lust does.