The boss and the secretary, the teacher and the pupil, the prisoner and the guard; or the landlord and the tenant who can't pay his rent... and must be punished. Prepare yourself for the power games, the nudity, the pleasure and the pain, the panting and moaning — a potent mix. Crack your whip and let the games begin. 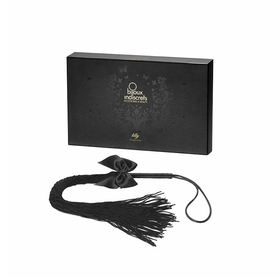 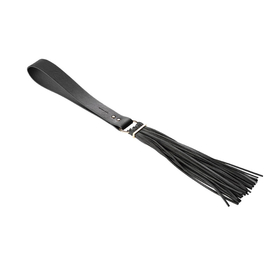 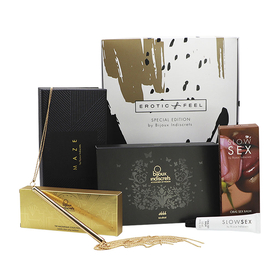 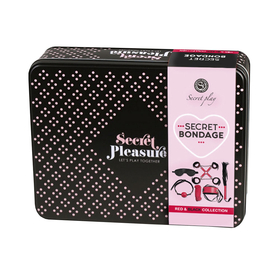 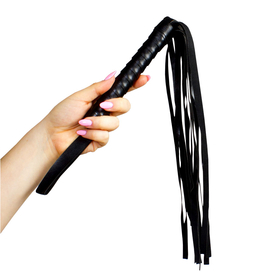 “Treat me like I'm a bad girl, even when I'm being good to you, I don't want you to thank me, you can just spank me...”. These verses are taken from ‘Hanky Panky’, a song that Madonna wrote about her whirlwind romance with Warren Beatty. A real ode to a form of pleasure that is not as alternative as some may believe. In fact, several Chinese sex manuals (the Chinese are trailblazers in many of these things) claim that a little pain which is expertly administered increases both the potency and the intensity of the orgasm. The history books are full of devotees of this sexual practice — from the Etruscan frescoes that portray men and women being whipped while engrossed in acts of oral sex; to Hollywood legends like Jack Nicholson (or 'Spanking Jack' as he's sometimes known), who loved chasing his lovers around while armed with his favourite ping-pong paddle.

With your hands restrained by Maze handcuffs and wearing a blindfold that heightens the rest of your senses — you are their complete mercy. The whip will first brush against your naked skin as your partner tells you to get in position. Do it. Soon, you won't be able to resist anything — the pressure on your body, the sweet pain, and the glorious pleasure. How long do you think you’ll last?

Is it safe to use a whip during your sexual encounters?

Why wouldn't it be? Any BDSM practice should always be safe and consensual and, of course — you should always apply your common sense. If you're the type that sticks your fingers in plug sockets just to see what happens, maybe it isn't for you. The buttocks and the thighs are the most suitable parts of the body to spank (with care). Never spank other more delicate body parts, and always agree on a safe word before you start.That's a word that when said, ends the game immediately. By following this advice, using a whip in your sexual encounters will be perfectly safe.

If you've made it this far, you're ready to start an adventure that's as exquisite as it is exciting. Take your place on the starting line and keep up the pace. Don't you want to know what's waiting for you at the finish line?