Kunyaza: the African technique for the best female orgasms 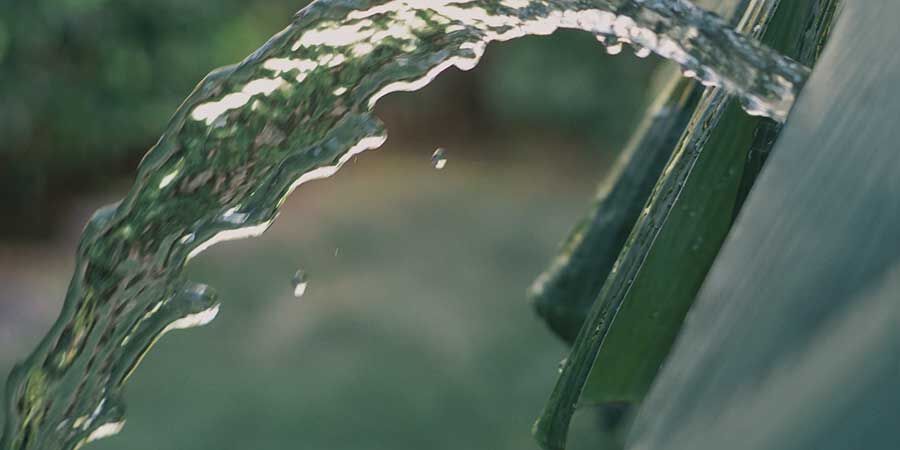 You could compare Kunyaza to a tropical paradise beach that features in a Hollywood movie and a month later is already full to the brim with tourists. Once as mysterious as the yeti crab or that planet where it rains sapphires, Kunyaza has, in recent times, aroused a great deal of interest. We suppose this is globalization's fault. The phenomenon was unleashed in 2016 with the release of the documentary ‘Sacred Water’ in which Belgian filmmaker Olivier Jourdain delves into Rwandan society through one of its most valued sex rituals. Throughout the film, Jourdain speaks with women and men of different ages in order to understand Kunyaza, trace its roots, and find out how it is practiced. He is assisted by Dusabe Vestine, a radio star who works to ensure that new generations are not disassociated from a rite that places the female orgasm at the centre of sexuality, family and married life.

In the Western world, the clitoris was denigrated for its lack of reproductive function; Freud declared that any orgasm achieved through clitoral stimulation was an infantile orgasm that only immature women could experience. Christian education was concerned with creating armies of frigid men and women who knew as much about female pleasure as they did about quantum physics. Meanwhile, in Rwanda, people were educated in the transcendental significance of discovering a woman’s ‘sacred water’. "Women teach us," says one of the men interviewed on the film, "if you just perform a back-and-forth motion she won't feel pleasure". Now, we'll try not to get too idealistic about the practice of Kunyaza because as the documentary reveals, both men and women may feel pressure to unleash the sacred water. "The male attitude is not 100% altruistic because knowing how to perform Kunyaza is something that makes you feel more like a man", explains Vestine. But the truth is that Rwandan women have been going to bed with a smile on their faces for centuries.

A large group gather to listen to the famous Rwandan radio personality and sexologist Dusabe Vestine. "Explain how you do Kunyaza to your wife," Vestine asks one of those present. “You have to be nice, I touch her, I penetrate her, and I move," the grinning young man replies. But that's not the right answer. "It's not like that!" shouts the outraged sexologist; "let's see, would another man answer?"

Kunyaza is the practice of making the sacred water flow, making the woman orgasm and ejaculate — making the spring gush forth. "If a man finds the water, it's an honor; you feel proud, you feel like a real woman," explains one girl. As you can see, kunyaza's implications transcend mere pleasure. "When a man doesn't make good love to his woman, he will say she is dry even though she is full of water," says Vestine. "When you see the water come up, you know you've worked well — you feel very manly," explains another young man. These three testimonials don't only outline what Kunyaza is — but also what it means.

What are its origins?

There are two different legends, but both featuring the same queen. This queen, fed up with her husband always being away at war, decides to take the bull by the horns and calls upon a servant to pleasure her. The poor man, frightened and nervous, begins to tremble and is unable to penetrate his queen. According to the story — "it was those tremors made the water gush out". Who says that people can’t work well under pressure? Now, in an alternative legend, our queen does not fall into the adultery trap but decides to take matters directly into her own hands. And she discovers that "that penetration was not the only thing she wanted". On her husband's return, she teaches him how to do it. "Women began to share this knowledge and thus the tradition of Kunyaza was born." So, it took two legends and a lady to overthrow coitocentrism.

How is it done?

Now for the bit that attempts to summarise what a society has been learning for centuries in ten simple steps  (this is of most interest to those readers in a hurry!). We’ll use the Rwandans' own explanations for this purpose. “When you do Kunyaza, you rub your penis against the vulva, focusing on the clitoris; she’ll enjoy it and start discharging her water”, explains one. "No rushing," advises another; "you have to be relaxed, touch and talk to each other. The vagina must vibrate”.

Adolescent girls in this part of the world also prepare themselves for Kunyaza in a particular way. They gradually stretch their labia to make them bigger and then smother them with a mixture of herbs and butter to prevent inflammation. Gukana as the rite is called, is part of the country's culture. However, as the documentary shows, new generations, who are heavily influenced by Catholicism, have certain moral misgivings. In a conversation between two students, one asks the other if it's a sin; “God gave us free will”, is the reply. That’s settled then.

Perhaps the best explanation of how to get a female to ejaculate comes from a woman at the end of the documentary. "Sometimes I don't want you," she blurts out to her husband; "when I'm tired, when you come home angry. You have to woo me, you have to seduce me". "Like when I wanted to marry you?" he asks.

Can you do it with sex toys?

"The vagina must vibrate"; "if you want to make her happy, shake", or "rub your penis against her vagina, focusing on the clitoris". These are just some of the tips the Rwandans give on how to make that sacred water squirt. And, we promise that there are many marvellous sex toys that will make you tingle, tremble and float away. The key is to delay orgasm, to prolong external stimulation, to caress, touch and slide the toy all along your vaginal lips. Slide it in and out of your vagina, focusing on the first third (the most sensitive part). Skirt your clitoris and explore the different vibration or suction intensities until your river starts to flow. "All women have sacred water, you just have to know how to look for it."