Male erogenous zones: how to stimulate each of them? 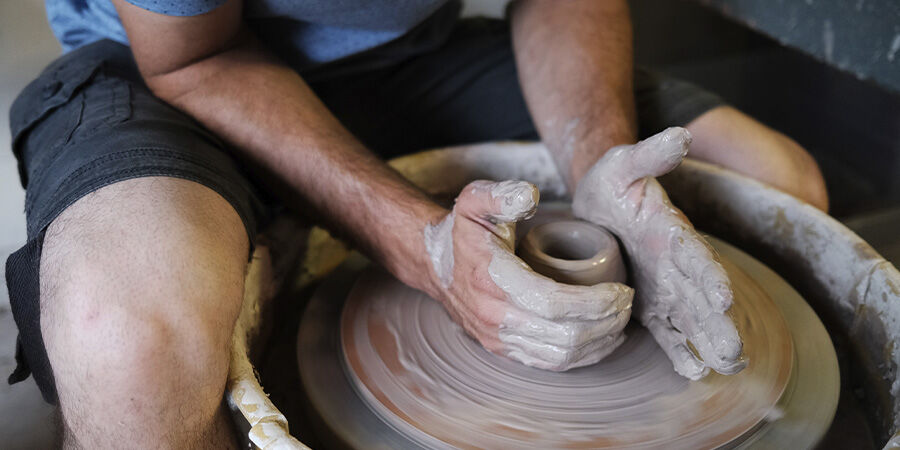 Today is your lucky day. The prowler's map never lies, and we have the real thing. All the secret passages, corners and erogenous points of the male body will be presented to you if you solemnly swear that your intentions are more than good. That not only the penis lives the pleasure of the man should already know. We are not saying here that a well-stimulated glans is not a source of eternal joy, but there are other sources of joy that a good explorer would never leave unexamined. Paper and pencil, my friends, and let's get down to business.

"Carior est ipsa mentula" ("My penis is more precious than my life"), wrote the Roman poet Martial. Given such a statement, we could not overlook it. In it rests the concept of virility, although it should not. Too often, the penis is the sole protagonist of male stimulation, a quick and effective means of reaching orgasm, although not the only one.The glans is the part of the male body with the most nerve endings, between 4,000 and 6,000, and therefore, the most sensitive area of the penis.

The glans is the most sensitive part of the penis.

The best thing to do when stimulating someone else's genitals is to ask the other person what they like and how they like it. What in some may cause an apotheosis orgasm may be annoying or unpleasant for others. Whether manual or oral, it is always a good idea to start gently, without sudden or too fast movements, and to intensify the pace as the excitement increases. Caressing the frenulum or F-zone, just below the glans, is especially pleasurable; in fact, there are toys that focus specifically on this area, such as the Arcwave Ion.

We're talking now about the pouch that contains and protects the testicles. And all that skin (surprise!) is highly erogenous. It is necessary to avoid, that yes, abrupt rubbing, squeezing and twisting (it is not about ending the night with an ice pack on top). Use a good lubricant, those from pjur are always an excellent choice, and tickle, tap with your fingertips and vary the speed and intensity, always paying attention to your partner's gestures.

Remember this. The mid-scrotal raphe, that is, the slightly darker line of skin that divides the scrotum in two and continues along the perineum to the anus, is full of nerve endings. How to stimulate this area? With wet fingers sliding up and down or with the tongue. Also remember that vibrating bullets are ideal for effectively caressing the scrotum.

If you hear or read anything about the male L-spot, they are talking about the perineum, that area between the scrotum and the anus that is particularly erogenous. The normal thing would be to take the perineum into account during manual masturbation and also during oral sex, but is that, in addition, the perineum hides a secret. As you may know (and if you don't, we'll tell you now), the male G-spot, called the P-spot, is located in the prostate, and through the perineum we can stimulate it externally. There are also glorious toys specifically designed for the simultaneous massage of the P-spot and the perineum, but we'll talk about that below.

Studies show that orgasms achieved through the prostate are 33% more intense than those achieved with the stimulation of the glans penis (imagine how they will be if you combine both). To do things properly you need, first, a good lubricant, go for one specifically formulated for the anal area. You can do it with your hand, caressing first the external area and the perineum and slowly introducing one or two fingers making the 'come here' gesture. But undoubtedly, the most effective way is to do it with a prostatic stimulator, a toy designed to reach the exact spot comfortably and massage it with different intensities and rhythms while caressing the perineum at the same time.

Careful with the ears, there is no doubt that it is an erogenous zone, but not everyone likes to be touched or licked. The best thing to do, as always, is to ask, but it doesn't hurt to pay attention to their reactions. When touching or sucking them, do it gently, focusing on the lobe, and please avoid sucking in the ear or sticking your tongue inside. And now comes our advice, your partner may not like to have his ears touched, but you can certainly arouse his arousal by resorting to the sense of hearing. The right words in just the right tone will fan any flame.

A finger down from the ear, a nibble that muffles a cry, a hickey that gives away the encounter, the neck often responds compliantly to the right stimulation. Use your hands, and especially your mouth and tongue, and focus on the sides.

It's not just about gripping them tightly during sex (which is also), the buttocks are very sensitive to touch. Gently caress them to awaken each of their nerve endings, pinch them, bite them (without going overboard), squeeze them and, if it feels good, spank them with the sweetness they deserve.

The scratch card of male pleasure is in your hands. Take the prize.