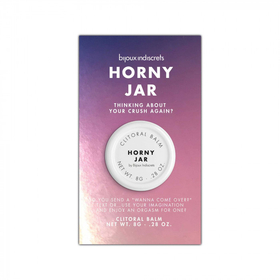 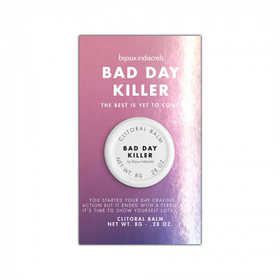 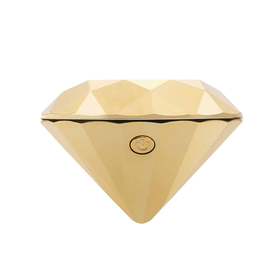 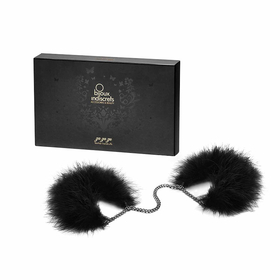 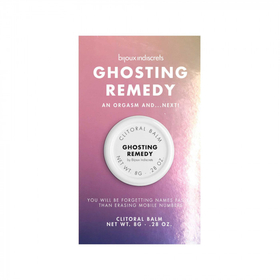 "They called me dissatisfied, frigid, priapic, a nymphomaniac, a lesbian, a hundred times aborted — whatever that means — and even an unmarried mother," declared Simone de Beauvoir. Aafter the publication of 'The Second Sex', the French writer and philosopher received a barrage of insults — the kind of insults that are commonly used to attack women. In the book, Beauvoir spoke openly about female sexuality, the clitoris, the vagina, menstruation, desire, abortion and motherhood. Seventy years after the essay that inspired the entire feminist movement in the second half of the 20th century, things have changed — although the insults have tended to stay the same. Because it turns out (surprise!) that women like sex, experience lust and feel pleasure. Yes, It's been hard — but female sexuality is finally breaking through and there's no return.

Any good story begins with a spark — the moment when you say ‘Let's give it a go’ and everything changes. Suddenly, something is ignited — desire, ingenuity and boldness combine to generate something big. Three female colleagues and a trip— that was how it all started for Bijoux Indiscrets. But let's not get ahead of ourselves. "Before starting this project, the three of us were working in advertising and on one trip we saw a couple of adult shops dedicated to women," says Marta Aguiar, co-founder and CEO of the firm. That was something totally new. At that time, most sex shops were still dingy and sleazy places — with men entering and leaving cramped cabins, dark corridors full of porn, phalluses everywhere you looked, and canned pussy on the shelves.

There were things to do, things to change — and they got to work on it.. We went back home with the idea of opening a store, but we realised that something important was missing — the brands. Specific products for women that took into account their desires, they anatomy and their fantasies. Products that women would buy with a sense of pride and not with the feelings of embarrassment that have accompanied them in the past. “Being in control of your sexuality is a powerful experience that we seek to bring to all women, with no exceptions. We strive to inspire, encourage and help them discover their pleasure and bodies, breaking down the taboos and prejudices that have come into being regarding female sexuality.” Nothing sums up the raison d'être of Bijoux Indiscrets better.

Aguilar and Head of Design Elsa Viegas have set about their work with no flashiness, with little noise, and with lots of discretion and elegance — just like the products they create. As a result, they’ve not only made a name for themselves in a very competitive market, but they’ve also turned their brand into a leading reference in the world of Erotic Chic. Things are better now than in their early days in 2006, when no one talked about vibrators in public. There's a superficial taboo that's being broken down, but there are these latent influences — deep inside all of us — that lead you to think that if you like sex, you're a slut. It’s caused by our upbringing, so it’s difficult to break down ”. But they are part of the revolution that has held open the windows so that old prejudices can escape and fresh air can take its place.

Caresses, unhurried sex and luxury within everyone’s reach — the essence of Bijoux's philosophy

“Viegas has a 360 degree source of inspiration”, Aguiar explains, “she combines influences from fashion, art, photography — from industries that have nothing to do with erotica. We make sure that our products are not just more of the same old thing and I think that's the key to our success”. Placing important value on the game of seduction, caresses, unhurried sex and moving female desire into the driving seat have also undoubtedly had a big influence. It’s about luxury within everyone's reach.

The way female sexuality and pleasure are perceived nowadays is a far cry from how it was in 2006. Even the meanings of these basic concepts have changed and fortunately for many — not everything nowadays revolves around large phallic-shaped dildos and vibrators . In contrast to what many in Hollywood and the adult entertainment business have led us to believe, women don't just enjoy penetration. And the women at Bijoux are well aware of this fact. When they began, they conducted a study to see how fiction had conditioned our understanding of sexuality. The study produced alarming results: 66% of the volunteers — both men and women — had an unrealistic and ‘fictional’ view of sex. What's more, more than 50% had not received satisfactory or adequate sex education.

As a result of these findings a parallel project linked to Bijoux Indiscrets was born —‘The Orgasm Sound Library’. The presentation video shows how women and men of all ages and backgrounds confuse pornographic screams and moans with real orgasms. But do all women scream during climax? They have set out to demonstrate the plurality of female pleasure by giving it a real voice — and urge all women to record the sound of their orgasms and share them anonymously.

All Bijoux Indiscrets products are 100% animal cruelty free — a commitment they also demand from their suppliers. This is especially evident in their bondage line MAZE. This collection has substituted the animals skins that are typically used for polyurethane — a resistant material similar in appearance to leather. What's more, all of their cosmetics are paraben-free, made with natural ingredients and of course — not tested on animals.

Do you dare to to spice up your oral sex with some refreshing sweets? Sugar-free and mint-flavoured — they’ll delight even the most experienced lovers. Intensify your sensations and experience quite a few you never even knew existed.

If you feel sexy — then you’ll be seen as sexy. Bijoux Indiscrets have created a collection inspired by the world of bondage (but much more sophisticated). They have whips, chokers, harnesses, cuffs, bracelets, restraints, belts, leashes — virtually anything you can think of. Unleash your wildest side and give free rein to your fantasies.