Let's have a good old giggle about rape. 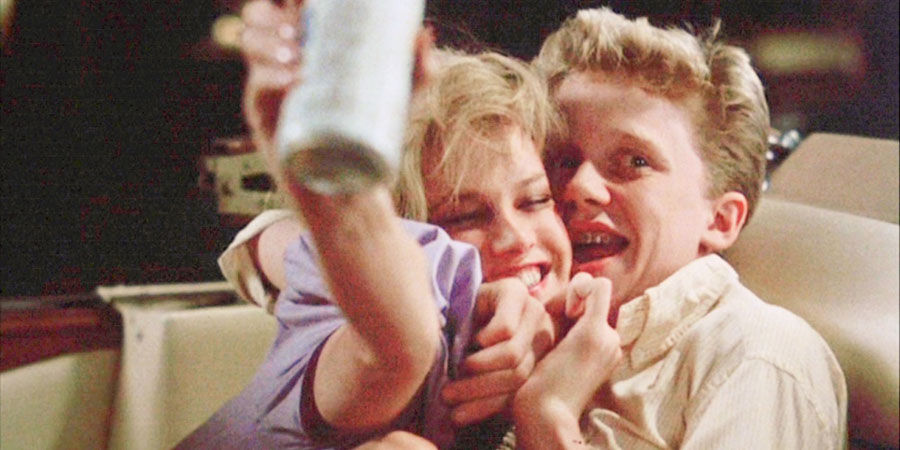 First of all, there are two different kinds of rape — even the dummies know that. Now, a typical example for the first kind is when you leave work, head down to the underground car park and a sexual predator is lurking down there. The offender is a stranger of course. You run like the wind, but he pounces on you, and you struggle with all your might — but to no avail. In the second case, you're blind-drunk at a party, having consumed more grog than a pirate on a stag weekend. A poor guy, who's been trying unsuccessfully to chat you up all night, simply makes the most of the situation to get some action. Let's see. In both cases, you are at least partly to blame — that's for sure. However, in the first instance, you were clearly asking for it (you were being a real slut) and in the second, your sin was naivety (as if you could just go to dark places alone like that — silly girl!) That's just the way the world works. Don't come here woman, thinking you're Joan of Arc, trying to change thngs. There are hard lessons in life that a girl must learn quickly, and this is certainly one of them: there are times and places that are not for you.

That's why we have culture, isn't it? It teaches us right from wrong — a kind of moral compass to resort to and dispel any doubts. In ‘Gone with the Wind’, a film based on Margaret Mitchell's novel, Rhett Butler (Clark Gable) subjects his wife, Scarlet (Vivien Leigh), to what essentially is marital rape. She defends herself, resists — but finally, enjoys the experience: "He had humbled her, hurt her, used her brutally through a wild mad night and she had gloried in it... But stronger than shame was the memory of rapture, of the ecstasy of surrender". Now, what we can gather from this important lesson from Mitchell's novel is that women enjoyed being raped. Rape is a compliment and yes; they can kick, cry or plead with you to leave them alone, but as soon as you put something in their vagina — they will inevitably climax. Don't deprive yourself.

We mustn't either forget the funny side of the whole matter. Look at the bright side of life — cut out the drama! Do you really have to complain about every little thing? This idea is masterfully portrayed by Hitchcock in this dialogue from 'Frenzy', released in 1972:

Detective: "The man who kills these women is a criminal, a sexual psychopath and the legal profession has never really known how to treat them. l suppose you could call them social misfits”. (Turning to the waitress). “We were just talking about the tie murderer, Maisie. You better watch out.”

Detective: “Yes, I believe he does”. “I suppose it's nice to know every cloud has a silver lining”. (He laughs). “Well, we haven't had a good, juicy series of sex murders since Christie. And they're so good for the tourist trade. Foreigners expect the squares of London to be fog-wreathed, full of handsome cabs and littered with ripped whores, don't you think?”.

It's also essential to give everything the importance it really deserves. When you go to a zoo, you don't ask a monkey not to masturbate in front of you, do you? Well, we already know what men are like. It's to do with testosterone; sometimes their instincts can get the better of them — and it's no one's fault either. Take, for example, a scene from legendary film 'Pretty Woman' (1990). Vivian (Julia Roberts) waits for her rich, tycoon boyfriend Edward (Richard Gere) in a hotel room. Edward's lawyer comes looking for him and having found out about Vivian's profession, throws himself on top of her to give her what she's clearly asking for. She resists, gets slapped and after a brief struggle, Edward arrives to save the day. He punches his lawyer on the nose, says some mean words about his attitude towards business; and finally, throws him out of the hotel room. That's it. No one calls the police and the sexual assault isn't discussed for the rest of the film — it's just not that big of a deal.

Now, pay attention because this one appears on the exam. In 1984, John Hughes takes a giant leap forward with a high school romantic comedy told from a female's viewpoint — a real breakthrough at the time. ‘Sixteen Candles’ was a resounding success at the box office. Millions of teenagers identified with the main character Sam — a girl who feels forgotten by her family and invisible to the boy she likes. And he's not just any boy; he's that ideal young man who only makes an appearance in Hollywood films — the handsome, clean-cut stud that every mother wants for her daughter. Well, as it happens, everything works out just fine. In the end, our hero Jake leaves his girlfriend — the popular ‘party-girl’ Caroline — to get with the ‘innocent’ and ‘pure’ Sam. However, not without first having his immoral, party-loving girlfriend pass out in his bedroom and declaring "I could violate her in ten different ways if I wanted to". Alas, he's doesn't want to because he now has his sights set on our heroine. Instead, he cheekily passes his unconscious girlfriend on to the school geek, who under normal circumstances wouldn't have a cat-in-hell's chance of getting with her, with the words "have fun". Hilarious!

Rape is one of the most extreme forms of violence against women. It's an instrument of power and contempt that's so ingrained in our culture that in certain cases it's seen as acceptable; at certain times, you're asking for it; and sometimes, it might even be funny. This issue must be acknowledged; it must be discussed openly. No woman should be led to believe that she is to blame; that she should have been more careful; that she somehow deserves it. Perhaps we could even start educating them not to abuse, not to rape, to keep their hands to themselves and their penis in their trousers, and just for a change — let us live our lives. Is it really too much to ask?