Enter this section and immerse yourself in a world of fantasy and imagination. Our babydolls will play the starring role in your most sensual encounters. Do you like classic black nightdresses? Or do you prefer other colours? How about see-through ones? Or open front ones? Do you like to wear a babydoll on its own or match it with other pieces to make a sexy outfit? Tulle, lace, gauze... Enter a world of seduction, elegance and fun with EroticFeel. Here, you can browse a huge catalogue of the highest-quality nightdresses for women. Don't wait any longer to choose yours! 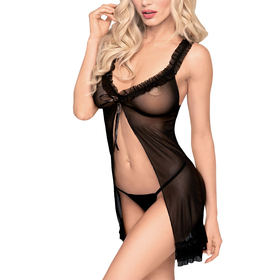 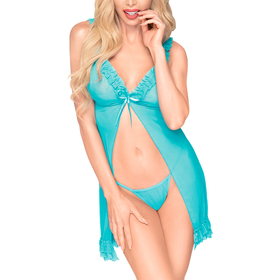 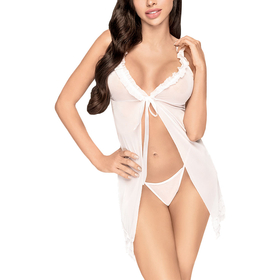 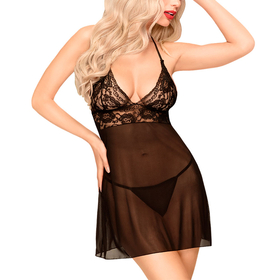 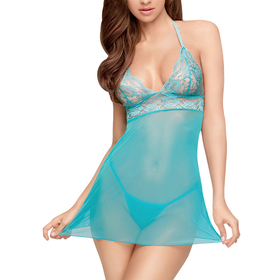 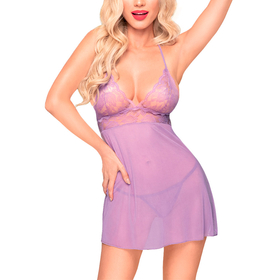 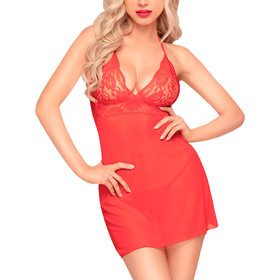 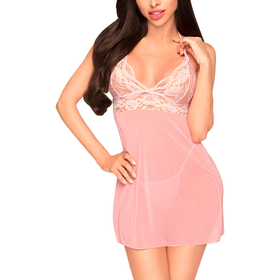 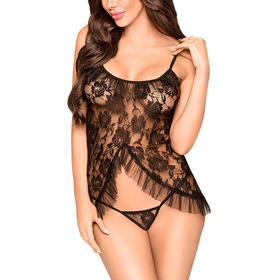 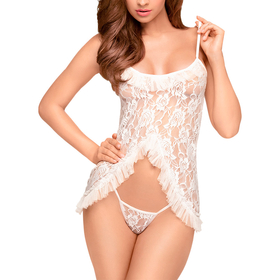 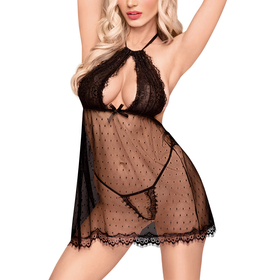 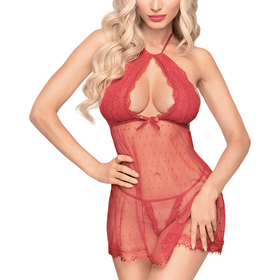 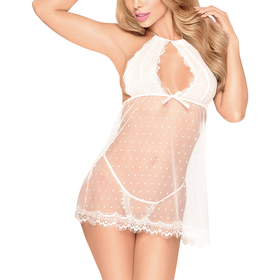 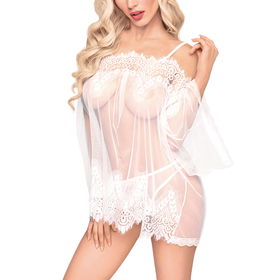 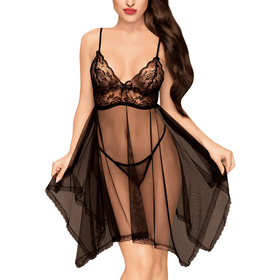 You're looking for a daring outfit, you want to look and feel sexy and break from the routine...but you find the huge choice in erotic clothing truly overwhelming. You've searched the internet and got more than four million results. Don't worry. We know what you need. There's a reason why the babydoll has been seducing half the population for decades. The classics never go out of fashion, and the babydoll is a classic in its own right. In the 1940s, it made the leap from the shop windows of the most trailblazing establishments to the bedrooms of less inhibited American women. However, it was the film 'Baby Doll' in 1956 that bestowed upon it the ultimate accolade. Once again, cinema demonstrated its unique capacity to glorify, vilify and even rename whatever it wanted. And most times, without even looking for it.

This loose-fitting negligee became the real star of Elia Kazan's film about a 17-year-old girl married to a much older man. Despite somewhat lacking in the material department for the morals of the time, it starred in many scenes and didn't fail to capture the public's imagination. Naturally, there was plenty of controversy and some countries even banned the movie. Nevertheless, this provocative, low-cut and short nightie had already caused the necessary furore to conquer the world.

Racier and sexier — today's negligées are a far cry from those early satin or silk garments that were only available in a few dull pastel shades. Lingerie has reinvented itself an infinite number of times to keep up with ever changing fashions. Nonetheless, red and black remain the ultimate colours of seduction.

Typically accompanied by a pair of panties, a culotte, or a thong, here you'll find sophisticated, suggestive, elegant and fun pieces. Watch out — because you'll even find some that leave very little to the imagination! It all depends on your preferences and the occasion. Halter neck, straps or strapless, open front, open side or or open back... The possibilities are endless. You'll not just feel sexy, but also comfortable and confident — essential elements for looking attractive and desirable.

How was the babydoll born?

Well, there's a little disagreement with regards to this. Two countries claim to have invented a garment that has revolutionised the concept of underwear. For the Americans, the nightdress was the brainchild of designer Sylvia Pedlar. According to the American version, Pedlar’s design came about due to a shortage of fabric during World War II. However, Pedlar herself denies this. She claimed the behind her babydoll design was to give a warm welcome home to the country's brave fighters as they returned from the front. And what better way is there to greet a lover than wearing a sexy babydoll?

For the French, on the other hand, the babydoll is called 'nuisette' and it's as Gallic as Asterix. They point to designer Nancy Mecher as its sole creator. In any case, whether the idea was American, French or Japanese —, it was a tremendous success and is still thriving in all its forms to this very day.

To rekindle old passions, to keep the flame of desire burning bright, for an amazing night or so that every night is amazing — the babydoll is always spot-on. Now you know, every night can be like a wedding night.