An unequivocally canine kink — your quick guide to ‘puppy play’ 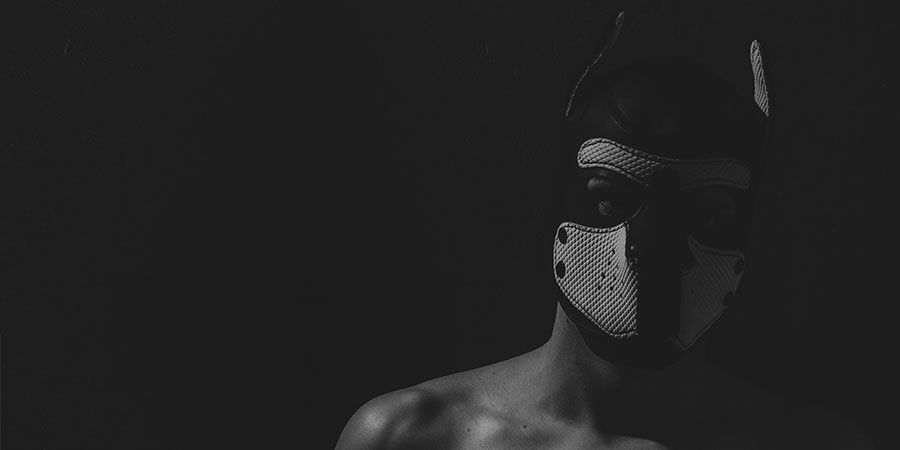 Some people buy a little pink dress for their Yorkshire Terrier and give it a cute ponytail as if it were their childhood dolly. Meanwhile, others like to get down on all fours while sporting a leather dog mask. Perhaps these are two different ways of expresing the fondness and admiration we have for our pets. The Internet is full of terms like'pet play', 'pony play', ‘puppy play’, and ‘furries’. But what do they mean exactly? Let's see. 'Pet play' is a term that refers to any role-play game in which a person takes on the part of a pet for fun and pleasure — whether this pleasure is of a sexual nature or not. Many enthusiasts claim that it's a fantastic way to release stress; a kind of psychological therapy that helps you cope with the problems of everyday life. This makes sense if you think about it; a domestic animal doesn't have to put up with a crappy boss, or worry about rising electricity prices or catching coronavirus. It just goes about its own business, whether that’s sniffing bums, purring, turning over to have its belly rubbed — or whatever else each particular species is most most into. As there are indeed a number of important differences — 'puppy play' is not the same as 'kitten play' or 'pony play'. The behaviour is different and so too are the accessories and clothing.

Finally, those in the 'furry' community are fond of creating animal characters with anthropomorphic features; that is, they dress up as their 'alter ego' — which is usually an animal that possesses uniquely human traits. However 'furries' do not claim to 'feel' like any animal in particular. And do these various forms of roleplay have sexual connotations? For many participants, they do. However, it should be made clear that under no circumstances are real animals used — participants of this type of play do not have zoophilic inclinations. Also, consent must always be expressly given by everyone involved and no one must be harmed in any way.

With the groundwork in place, let's set off on our journey. Pack your bags because we're off to San Francisco — the home of all self-respecting subcultures. If you were stunned by Meghan and Harry's Oprah interview, then brace yourself for something much more intriguing. In this American city, the puppy play movement has gained so much popularity that meetings are held every second Saturday of the month. Although this fetish has enthusiasts of all sexual preferences, it's more popular within the gay community. Some participants revel in domination and submission; they dress in leather and latex, wear leashes and only do what their master orders them to do. As explained on the website for the 'International Puppy Contest', "Some puppies are owned and wear a locked collar and some just like to be strays. Never grab a pups lock if it is wearing a collar, as this is a sign of disrespect to its owner”. So, just like you would tell your 6 year old niece — if you want to pet a puppy, always ask the owner first.

On the website, it states that training a human puppy can be just as troublesome as training a real one. “Some pups completely relinquish all human characteristics, becoming true "pets" while others retain varying degrees of their human characteristics.” Most pups will not relieve themselves indoors, talk or break furniture. However, some owners enjoy the responsibility of training their pups not to do such things. Consequently, muzzles, cages or chastity devices may be used "to prevent horny dogs from humping furniture or people's legs". There's also some advice for those who might want to take things further. “Being on all fours 24/7 could result in joint, muscle and spinal damage and never having a normal human conversation could result in a psychotic pup/dog that may be a danger to you and themselves”. At this point, there's not much more to add — just that a pup party like this and a visit to the Golden Gate Bridge will make for an exciting weekend on your next trip to San Francisco!