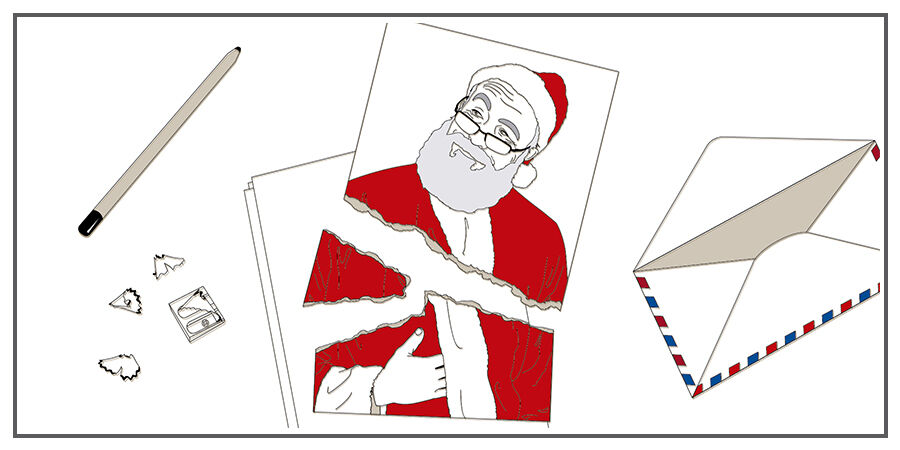 Dear Santa, after more than twenty years you and I need to talk. You may think that I am too old to write you, but I think you owe me. Let's do a little review to bring you up to date. I, unlike kids today (oh gosh, I sound like an old woman), knew perfectly that you, the all-powerful but also fattest superhero, could only bring a present per child, because otherwise the reindeers would be crushed to death, and nobody wanted that. Therefore, I just asked you for one thing for Christmas 1994. I had watched the commercial thousands of times. You allowed me to get obsessed with that damn doll and I had already pictured myself swimming with her in the bath while her tail changed colour. In my letter, that could have been a post-it note or a sheet of paper torn out of my math notebook (the least used), there was only one thing - Cabbage Patch Kid. It was not a big deal, was it, you jerk?

The day came and I was very excited. I went downstairs and there, under the Christmas tree, was the present. But it was not the Cabbage Patch Kid, do you remember? It was a fucking porcelain clown doll that surely came from hell. A diabolical clown with a sinister smile that you could only like if you were a child of Stephen King. That must have been a joke. What did I do wrong? I fell asleep crying while my dad (it is not that I imagine that, but he has actually admitted it) subdued the desire to throw me and the stupid clown out of the window. Do you remember already? The Cabbage Patch Kid was not there, but the milk and the cookies that I left you were not there either. You gobbled them down, you fat bastard.