For the women who “belong in the kitchen”, and those that “slept their way to the top”. 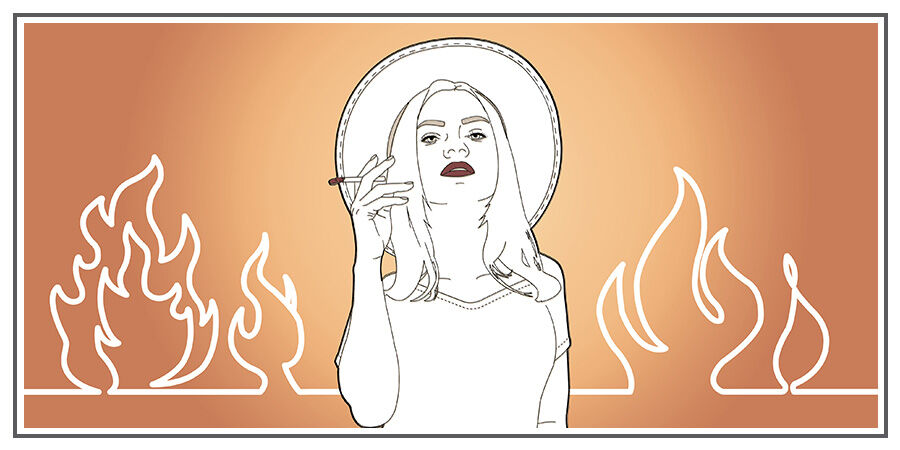 “All intellectual and artistic endeavours, even jokes, ironies, and parodies, fare better in the mind of the crowd when the crowd knows that somewhere behind the great work or the great spoof it can locate a cock and a pair of balls.” As devastating as it is accurate, the writer Siri Hustvedt puts this line in the mouth, or rather in the words, of the protagonist of one of her most brilliant and complex books—'The Dazzling World'.

Is sexism the real reason why a man receives more recognition for a comment, joke or line than a woman? When during a job selection process, the interviewer treats the interviewee differently depending on whether he's a man, woman or attractive woman (according to his criteria, of course)—is this sexism? Is it sexism to asses the worth of a female politician, artist, or any other professional based on the way they look or because of their partner? Millions of grown women go to work everyday only to be condescendingly called ‘sweetie’, ‘darling’, and ‘doll’—while men are admiringly referred to as ‘legends’, ‘studs’ and ‘beasts’. Now we're in the era of “she slept her way to the top”, “her big tits got he ther job”, “she's so and so's girl”, and “she belongs in the kitchen”. .

On March 8, 1857 (although there is some uncertainty regarding the date) ,hundreds of women marched through the streets of New York demanding better wages. The demonstration ended with 120 textile factory workers killed in a barrage of police brutality and toxic masculinity. The workers who were lucky enough to survive founded the first women's union. In the early 20th century, the owners of the Triangle Shirtwaist factory locked the doors to the stairwells and exits due to a fear that the female employees would steal. On March 25, 1911 the factory caught fire, 146 female workers were burned to death, died of smoke inhalation, or were trapped under the rubble— others committed suicide as they found no way out. In 2020, the female head of administration and accounting at a charter school in a small provincial town goes out to see if the workers she has hired to carry out some refurbishments need anything—”Are you the cleaning lady?”, they ask her. There's absolutely no shame in being a cleaning lady—but as it turns out, she wasn’t.

Now let’s do a quick search on Google for gender discrimination in the workplace. "A company fires a veterinarian on maternity leave claiming that if she can nurse her baby, she can also take care of the livestock"; “The Supreme Court orders an investigation into five army sergeants for workplace harassment and a captain who ignored the accusations of the victim”; “Record fine for JP Morgan Chase over the bank’s failure to uphold policies giving men and women equal access to parental leave”; “A study from The University of Melbourne concludes that the gender pay gap is harming women's health”; “Older women are being forced to leave their jobs to care for their grandchildren or parents”; “Women do the majority of the house work, work more and earn less”. We're still on the first page of results.

So things really have changed a lot in little over a century and a half? Indeed, but “no woman has an orgasm cleaning the kitchen floor”.