Freaks, perverts or just plain filthy? None of those — fetishists 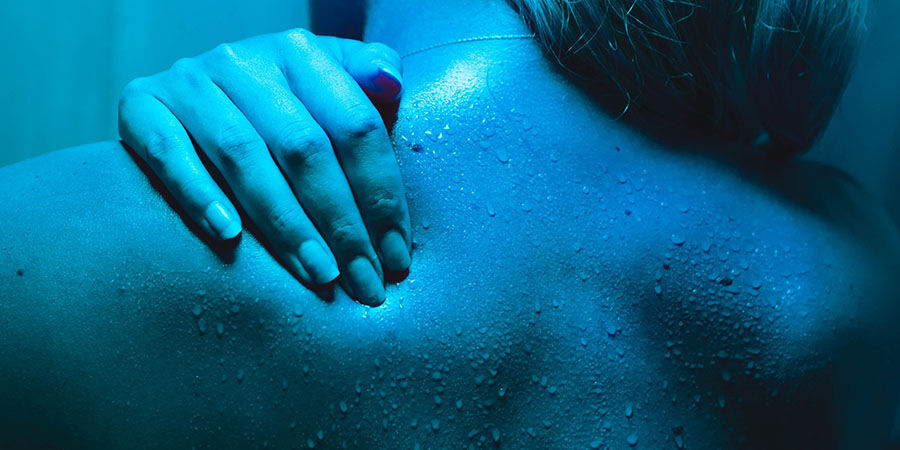 “Josephine. Don't wash down there, my love. I’m on my way”. Just like that. According to legend, that's just how Napoleon Bonaparte informed his beloved that he was returning from battle. And although Napoleon was famous for being a very religious man, he was also an ardent devotee of musky body odours. Well, you can be a fan of both, can't you? Freaks, perverts or just plain filthy? The answer is fetishistic. Now, after hearing that word, some of our more sceptical readers may well have grimaced or let out a wry smile. Nevertheless, fetishism — the sexual attraction or desire for a piece of clothing, a body part, an odour, or anything else that is unconventional — is more common than many realise.. If we only consider fetishes relating to the sense of smell, we'll find an incredibly broad range. ‘Ozolagnia', for example, is the name given to a sexual attraction to pungent odours. 'Renifleurism' refers to sexual excitement produced by the smell of urine. 'Olfactophilia' or 'osmolagnia' are both names given to Bonaparte's particular passion — being sexually attracted to the smell of genitalia. And 'antolagamia,' refers to desire produced by the sweet smell of flowers.

A kind warning to the prudes: don't start shaking your heads just yet — we’ve only just begun! No one's shocked by Tarantino's obsession with women's feet or Hitchcock's fascination with blondes. He himself said, "Blondes make the best victims. They're like virgin snow that shows up the bloody footprints”.. The master of suspense had one or two problems. It's true that some fetishes are more benign than others. Salophilia (love of sweat, saliva, semen or vaginal fluid), trichophillia (love of hair), or altocalciphilia (love of high heels) do not harm anyone. However, it is also true that within these concepts, there are different degrees of ‘love’. For example, caressing or smelling someone's hair is not the same as wrapping it around your penis and masturbating (although we won't judge you either way). Satisfying other whims, however, can harm others, and this is where we draw the line between fetishism and paraphilia.

Fetishims and paraphilia — are they the same thing?

According to the Oxford English Dictionary, fetishism and paraphilia are strictly the same thing — a sexual deviation. However, many dissenting voices argue that paraphilia has a connotation of danger that fetishism lacks. For instance, can a passion for all things latex be tarred with the same brush as vorarephilia or sexual cannibalism? Some of our older readers may remember (with a shudder) the story of the ‘Cannibal of Rotemburg’. Well, its not as if he decided to eat the bartender at his local pub —he had impeccable manners. He put up an advertisement that left no doubt about his intentions. But, he was a cannibal after all. Without going into too many gory details, a curious young man responded to the ad and agreed to be eaten — and enjoyed an experience of a lifetime (so to speak). Is this the same as getting off at the sight of a particularly attractive bicycle? Which, by the way, is common enough to have its own name — mecanophilia.

'Psychopathia sexualis' was the first book dedicated entirely to sexual obsessions or paraphilias. Published in 1886 and written by neurologist Richard von Krafft-Ebing, although it was conceived as a forensic book for doctors and judges, it soon became a bestseller. It is even said to have been one of Oscar Wilde's favourite books. It's little wonder, seeing that it tells us such curious things like "the worship of separate parts of the body, or even of articles of clothing, on the basis of sexual impulses, often makes us evoke the glorification of sanctified objects in religious cults”. Or includes anecdotes like that of a university professor arrested for running naked through Berlin, "the urge to run with one's genitals in the air also often came to him in a waking state, just as in dreams. As he was about to expose himself, he would become very hot, and then he would run around aimlessly. His member would become moist with secretion, but erection was never induced. Finally, when the excitement had run its course, he would put it away. In such conditions of excitement, he seemed to be in a dream; as if intoxicated.

Is fetishism a part of modern sexuality? "A young man from a rather distinguished family... who frequently visited the temple, fell in love with the goddess... One day, when the sun had already set, he slipped inside silently, without being seen by those present behind the door and hid inside the temple... those traces of his loving embraces were noticed when the next day arrived and the Goddess wore a stain as proof of what she had suffered.” This extract from 'Amores' or 'Erotes' by Luciano de Samosata tells us about perhaps the oldest fetishism on record — the excessive love of statues or ‘agalmatophilia’. No matter the culture, religion, fashion and time — fetishes have always been around. They were there when we arrived in this world, and will continue to be there when we leave — spicing things up and adding to life's rich tapestry.