The weirdest Olympic Games ever get under way 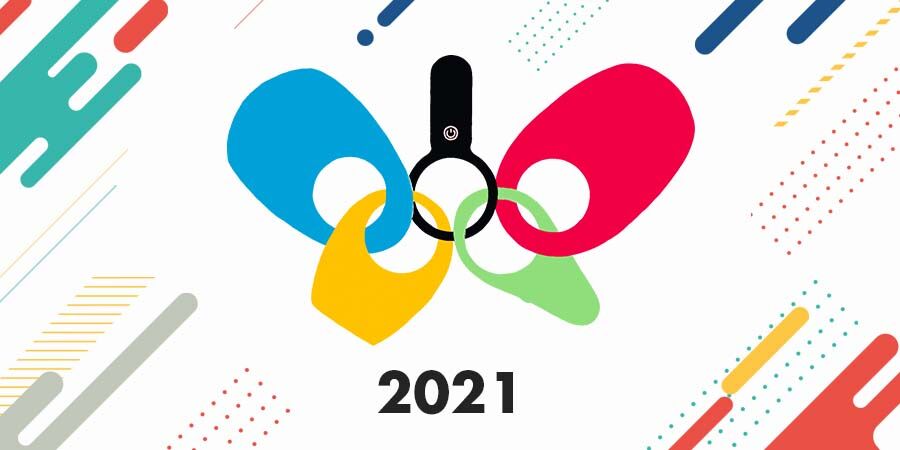 It seemed impossible — but it's actually here. Millions of viewers held their breaths for a few seconds as the neon silicone phallus shot from the Swedish archer LELO Soraya 2 hit the G-spot at the far end of the Sodom and Gomorrah Stadium. The first post-pandemic Olympic Games were thus inaugurated amidst nervous laughter and moans of excitement. The choice of Soraya, questioned at first by LELO Hugo’s supporters, turned out to be spot on. If Hugo had been chosen, doubts about possible cheating due to misuse of the remote control would have cast a shadow over the ceremony. Cicciolina, moaned and panted her way through the opening speech in the four official languages of the Olympics — Emoji, Esperanto and Greek. She thanked these modern heroes — the sex toys — for their good deeds in these difficult times. And in phrases loaded with emphasis, she called for the union of peoples and bodies, explaining the importance of the return of sporting events such as lapping the pink canoe, yodelling up the valley and diving for pearls.

More than 200 cannons fired condoms high into the night sky as the Parade of Nations began. The PDX Elite Moto Bator was the first to emerge from the tunnel. The all-American iron-pumper had just been cleared of doping by the IOC (International Orgasmic Commitee) for providing "an unbelievable sucking sensation that would be impossible to produce without the use of stimulants". "Just because some must resort to illegal substances to achieve this does not mean that others do not have the ability to do so naturally with nothing more than a good lubricant," said the American Orgasmic Committee in the wake of the controversy. Accompanying him was the 14 inch King Cock — an incredible specimen and an awesome challenger in the back-door smashing event. The excitement was palpable. Three cheers for this indomitable duo!

Representing Japan was Tenga Egg, who seems to have put on a few pounds since he scored the first 10 in the history of the Games with an acrobatic performance so perfect that even the scoreboards were not prepared for such a feat. And the entire stadium rose to its feet as the Jesse Owens of sex toys sauntered past. The Satisfyer Pro 2 Vibration, with four Olympic golds already won for its home nation of Germany, is once again favourite for the 100 metre squirt.

Spain, meanwhile, had two flag bearers for the very first time: Secret Play and Bijoux Indiscrets. Bijoux Twenty One vibrating effect lubricant and clitoral stimulator have formed the perfect partnership for synchronized bodysurfing glory. Not far behind were Canada's We-Vibe Chorus and Great Britain's Rocks-Off RO-140mm Soft Tip — great friends off the field but fierce competitors off it.

Rounding things off nicely and closing the Parade of Nations were Sweden's LELO Tor 2 and LELO Enigma. Tor is hoping that Pjur Superhero Lubricant will give it the stamina it needs to triumph once again in the Karma Sutra inspired underwater wrestling event. Enigma, meanwhile, is looking to slides its way into the record books in the inaugural pleasure-cave diving pursuit.

"May the Olympic spirit that we embrace today penetrate us forever: faster, higher, stronger," Cicciolina closed her rousing speech. Amen.