There was once a man who wore an iron penis 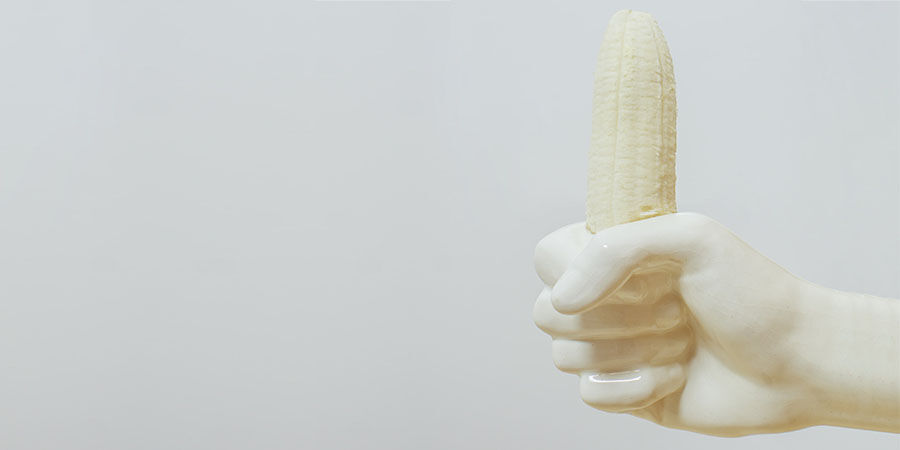 Castrating demons, giant cocks, sweets, drawings and merchandising of all kinds in honour of the male genitals.. This is indeed a great pilgrimage. However, instead of weeping Virgin Marys making their way sombrely through the crowds, giant replicas of bulging phalluses are hoisted proudly above the heads of the gathered faithful to celebrate the penis as a powerful symbol of fertility. As the male member has a thousand different names, the Kanamara Matsuri also takes a thousand different forms.

The Shinto mentality has little or nothing in common with its Western counterpart. Shintoism, in stark contrast to Judeocristian traditions, doesn't consider nudity or sex to be sinful. The end of the Second World War brought with it the arrival of thousands of American soldiers and General Douglas MacCarthur’s attempts to dismantle Shintoism as the national religion. These events only contributed further to the distorted view of Japanese sexuality that outsiders ever since. The sex business in Japan, known as fūzoku', is a multi-million dollar industry. For many, Japan seems to be a land of peculiarities and contradictions. For example, prostitution is illegal but this only extends to penetrative sex — so paying for any other kind of sexual service is tolerated. However, all recent studies show that the Japanese, especially the young, are less and less interested in any real physical contact.

The old national religion of Shintoism has undergone somewhat of a revival in recent years and with it, an upsurge in interest in many traditional festivals. The Festival of the Iron Phallus is one of those and it is yet another example of an aspect of Japanese culture that would undoubtedly surprise most Western visitors. Around Kanayama Temple, where prostitutes once prayed for protection against sexually transmitted diseases (in the absence of much more effective prevention methods), there is now a procession with portable shrines carrying gigantic penises. Legend has it that many centuries ago, a malevolent demon hid inside inside the vagina of a young bride-to-be after falling in love with her. The lovestruck beast couldn't stand sharing her with any other man, so on two separate wedding nights, he put his monstrous nashers to good use and bit off the members of both of these unfortunate young pretenders. Now, as one would expect, our fair maiden wasn't exactly enamoured with the prospect of permanently housing a hysterical pet demon in her nether regions — no matter how much he demonstrated his undying love for her. Therefore, she sought the help of a blacksmith, who had the inspired idea of fashioning an indestructible metal phallus that would subsequently break the teeth of the demon and make her much more desirable to potential suitors.

With cocks as far as the eye can see and between the shots of sake and the rice balls, festival goers recount the legend, celebrate fertility, and, especially in recent years — promote safe sex. That's why a large part of the money raised at the festival is donated to HIV charities. Now, not everyone can afford to take the long flight to Japan to attend this special event in person. So why not celebrate the day of the penis with some of the toys that Japanese brand Tenga has designed in its honour? Is there any better way to pay homage to the humble penis than to make it feel happy? As the Spanish writer Diego Medrano wrote in his novel ‘Camille's Clitoris’, “Sometimes I give thanks to my cock. (...) He never complains about anything. He agrees with everything. he lives attached to me like a statue, like a brush in search of colour, and he doesn't do nearly as much exercise as he would like or be really willing to do"..