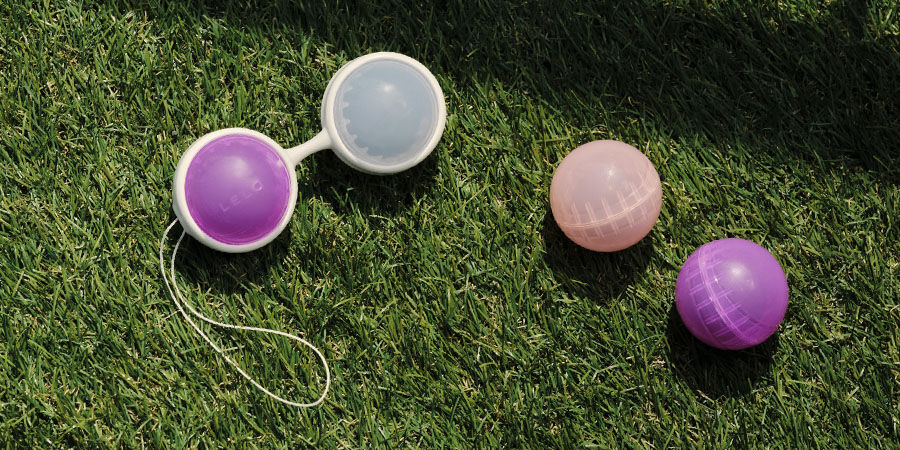 Nowadays, it's common for celebrities to share their experiences with conditions that in previous years were far too ‘embarrassing’ to even acknowledge. Just imagine Rita Hayworth or Katharine Hepburn, stars who were around when Kegel first published his work, opening up about having bladder leaks on set. Unthinkable, right? Thankfully, times have changed, and celebrities such as Katy Perry, Helena Bonham Carter and Kate Winslet aren't afraid to reveal their own struggles with urinary incontinence. It’s amazing that something so common has remained such a taboo subject for so long. Statistics show that 10% of women aged 25-64 and over 50% of both sexes over 65 suffer from loss of bladder control to varying degrees. Back in the 1940s, gynaecologist Arnold H. Kegel discovered that a large number of his patients were experiencing urine loss caused by weakening of the pelvic floor after pregnancy and childbirth. Consequently, this pioneering American doctor devised a series of exercises that now his bear his name. In doing so, he demonstrated that strengthening one's pelvic muscles brings a wide range benefits

The pelvic floor can be described as being a bit like a small hammock — a group of muscles that supports the uterus, bladder, small intestine, and rectum. In his research, Kegel observed that in the same way that it tends to weaken due to certain factors, the pelvic floor is also one of the most versatile parts of the human body — with a great capacity to recover its strength. Interestingly, he also discovered that many of his patients experienced some rather unexpected (and pleasant) side effects — those women who performed his exercises correctly and regularly had more frequent and more intense climaxes.

What are Kegel exercises?

Many factors can weaken the pelvic muscles — pregnancy, childbirth, surgery, ageing, being overweight, and some health problems; such as constipation or a chronic cough. And this is not an exclusively female issue. Men's pelvic floor muscles also loses its shape and can benefit from strengthening exercises. These simple exercises consist of contracting and relaxing your muscles — the only tricky part is locating them in the first place. Many people squeeze their abdomen or push instead of contract — which can worse the condition.

Symptoms of a weakened pelvic floor

You'll start noticing the benefits after a few weeks:

Remember that as long as their performed correctly, Kegel exercises have no negative side effects and can be performed safely during pregnancy. For women, Kegel balls of varying weights may be particularly useful for proper and effective training of the pelvic muscles. It's best not to neglect a vital aspect of your physical and sexual health.