The universe is 15 billion years old (yes, it's all grown up!), and women have only been able to enjoy a toy that exclusively stimulates the clitoris for the past decade. And who were the inventors of the contraption that revolutionized the world of female sexuality? No, it wasn't Galileo, Tesla nor Steve Jobs (although some people reach orgasm every time a new iphone comes out). It was Michael and Brigitte Lenke — a Bavarian couple who'll try to get in touch with a bit later (we're looking for them in the yellow pages) to thank them personally. Today, their brand — Womanizer — has more than 10 clitoral suction devices available to delight even the most demanding of women. 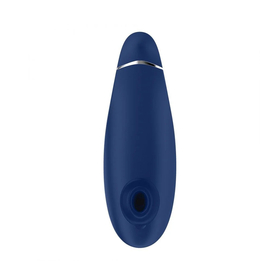 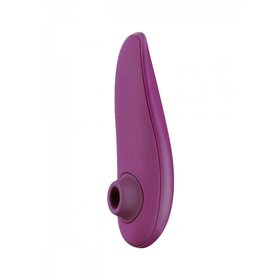 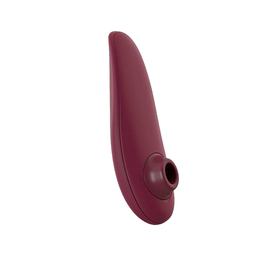 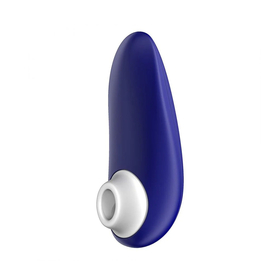 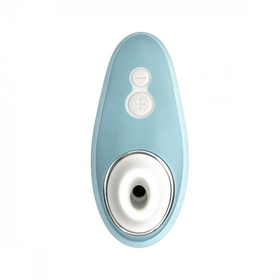 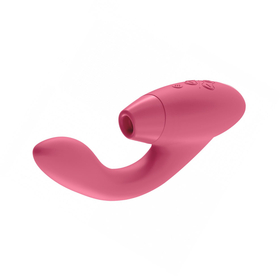 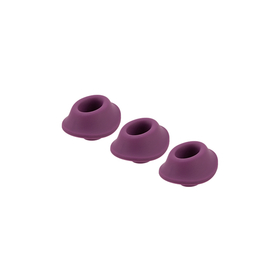 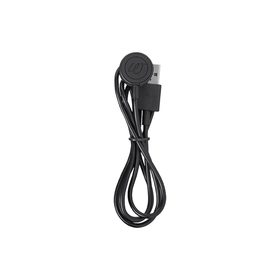 Walt Disney woudn't be into it (women's empowerment wasn't his thing), but if they ever thaw out his body and he comes back to life — he'll have to suck it up. Princesses are no longer submissive and docile young women waiting for a young man to rescue them. They are now warriors — working women who can more than take care of themselves. Snow White would enrol in university and stop scrubbing and cleaning for a bunch of short, old men who can't even fry an egg for themselves. She'd sign up for self-defense classes and carry pepper spray in her bag. Sleeping Beauty would quite-rightly report that lecherous and arrogant prince for harassment. The fairy tales change with the times — and so do the sex toys. The strange thing is that we've had to wait so long for the industry to get their asses in gear. The universe is 15 billion years old (yes, it's all grown up!), and women have only been able to enjoy a toy that exclusively stimulates the clitoris for the past decade. And who were the ones that revolutionized the world of female sexuality after all this time? No, it wasn't Galileo, Tesla nor Steve Jobs (although some people reach orgasm every time a new iphone comes out). It was Michael and Brigitte Lenke — a Bavarian couple who we'll try to get in touch with a bit later on (we're looking for them in the Yellow Pages) to thank them personally.

"I've been an inventor all my life, but creating a sex toy was a coincidence. In 2012, I read that 50% of women had problems reaching orgasm. It caught my attention and I wondered why. After researching, I realized that there had been no innovations in the sex toy industry for almost a hundred years," Michael told The Huffington Post. Lots of huge phalluses but little else. He couldn't have done it without Brigitte. She tested the different prototypes, gave recommendations, and guided him towards the right path. It was 18 months later, in 2014, when she told him "this is going to be a worldwide success". And that's how Womanizer, was born. It was the world's first ever clitoral sucker and also the name of a brand that hasn't stopped growing since.

The proof isn’t in the pudding — it’s in the clitoris. This is the only organ in the human body whose sole purpose is to give pleasure. With 8,000 nerve endings — twice as many as the penis head — it has been undervalued, denigrated and forgotten throughout history. We suppose that this is because only women have one and they play no role in reproduction. You don't need a partner to reach ecstasy; nor a man, nor a penis, nor a phallic-shaped sex toy. The secret of the first sucker lies in its patented 'Pleasure Air Technology', which stimulates the clitoris without contact.

Since that first mode, which debuted in 2014, Womanizer has not stopped developing its technology. As a result, the brand now has more than a dozen products that deliver perfect pleasure to women — with no apologies, no shame and no fear. Love yourself, do it yourself and do it more often — that's the idea. Make time for yourself, get to know yourself and enjoy yourself. Modern-day princesses eat when they are hungry — whether they have company or not.

Silent, intense, and waterproof — Womanizer's clit-suckers are all you need

The technology used by Womanizer, inventors of the world's first ever clitoral sucker, has advanced by leaps and bounds in just a few years. Nothing you've tried so far is quite like it. The company has managed to find the the perfect balance between pulsating and massaging changes in air pressure without touching the clitoris. The whole of your clit is stimulated without the uncomfortable or invasive feeling of over-stimulation. These toys feature an ‘autopilot' mode so that you can completely give yourself over to pleasure with no distractions. Forget about manually adjusting speeds and intensities — allow yourself to be surprised. It doesn’t disappoint. What's more, thanks to a highly responsive sensor, your Womanizer will only be activated when it comes into contact with your skin. Until then, it will be on standby and will revert to that mode when you move it away from your body.

It's waterproof and may be submerged — so you can enjoy it during a relaxing bath at the end of the day or while taking a quick and revitalizing shower. Womanizer devices are distinguished by their sophisticated and modern looks — with no unnecessary frills or garishness. All of them feature a range of different suction intensities — so you can find the one that best suits your tastes and needs. And since no two clitorises are ever the same, most of their products include two differently sized heads — ensuring that all women can feel maximum comfort and pleasure.

With these clitoral suckers, you'll never feel bored again. The only things you'll feel are millions of orgasms.